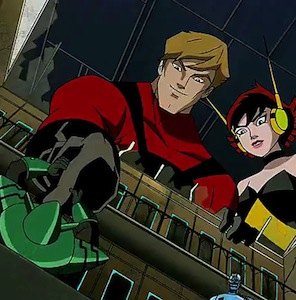 “The Man in the Ant Hill”

This one is a relatively short Avengers Assembled, no disrespect (or pun) intended to either Dr. Hank Pym or T’Challa, both of whom are pretty cool on the show and handled well by its writers and animators. Anyhow, let’s get down to it:

What does this episode teach us about superhero game design?

Small Things Matter: Literally. Shrinking has to grant enough advantages to be a worthwhile power while also not being too overpowering. The Wasp is an example of a potentially abusive type of Shrinking character: super-high defenses from being really small, coupled with an effective ranged attack that may even gain bonuses from its targets being relatively large. Of course, Wasp doesn’t really have any defenses apart from being really small and harder to hit, so there’s some compensation there. Superheroic shrinking also has to be willing to ignore the real-world physics of tiny people and go with what we might call the “kid effects”—things any kid would describe as the benefits of being super-small, without getting into things like the square-cube law, leverage, surface area, etc.

Make Room for Roleplaying: Jan and Hank’s interactions, and Jan’s taunting of Whirlwind, amongst others, remind us of the importance of allowing plenty of “breathing room” for roleplaying and dialog in a superhero game. The Torg RPG had a “Monologue” card amongst its Drama Deck, able to stop all the action for a character to talk. There should definitely be some give-and-take to character interactions in-game beyond just their game effects.