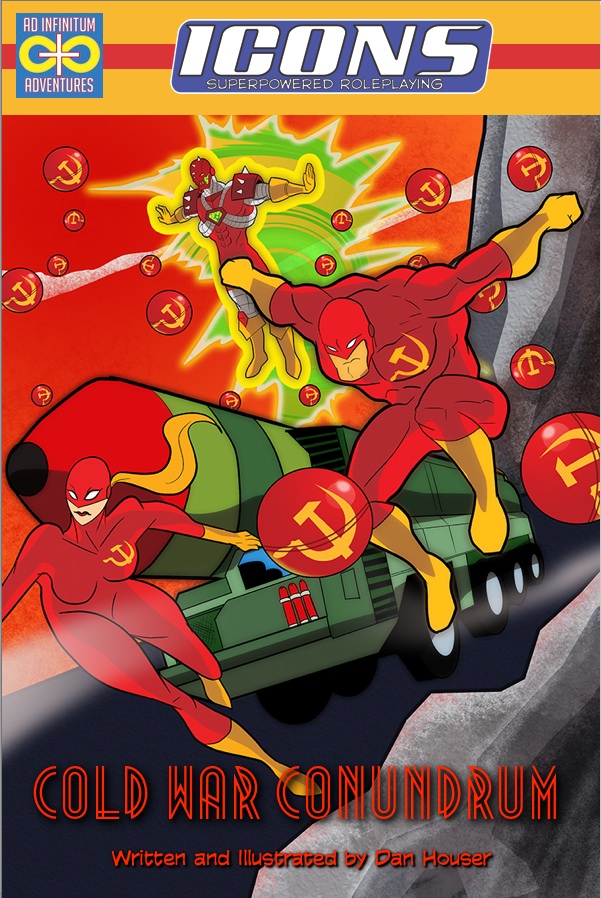 A ghost from the Cold War past rises to threaten the world with annihilation! Who is the mysterious “Arsenal” and what is the secret of Science City 13? Cold War Conundrum builds on the events begun in Flight of the Nova-1 or you can run it as a stand-alone adventure, confronting heroes with a time-lost menace.

Part Two of the epic “Rise of the Phalanx” storyline for ICONS, written and illustrated by Dan Houser, coming soon from Ad Infinitum Adventures!