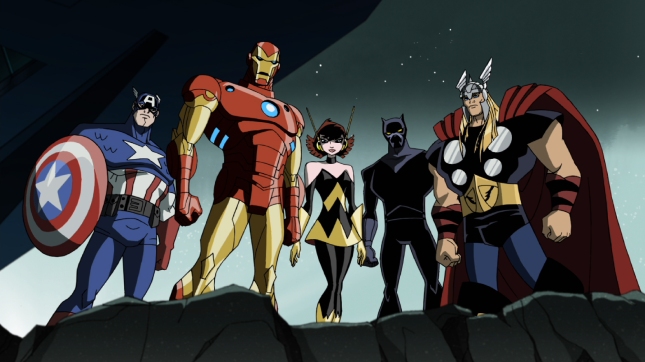 Ten years ago today, the Avengers: Earth’s Mightiest Heroes animated series premiered. It was just the start of Marvel’s Cinematic Universe, but “EMH” (for short) packed a lot into its two seasons, before the Marvel/Disney juggernaut took plans for animated series and content in a different direction.

A little less than ten years ago, I also started reviewing episodes of Avengers with an eye towards superhero roleplaying games and game design. In recognition of the 10th anniversary of one of my favorite animated series, I wanted to share those reviews of the complete first season of Re: Animated • Avengers. I hope you enjoy and … Avengers Assemble!