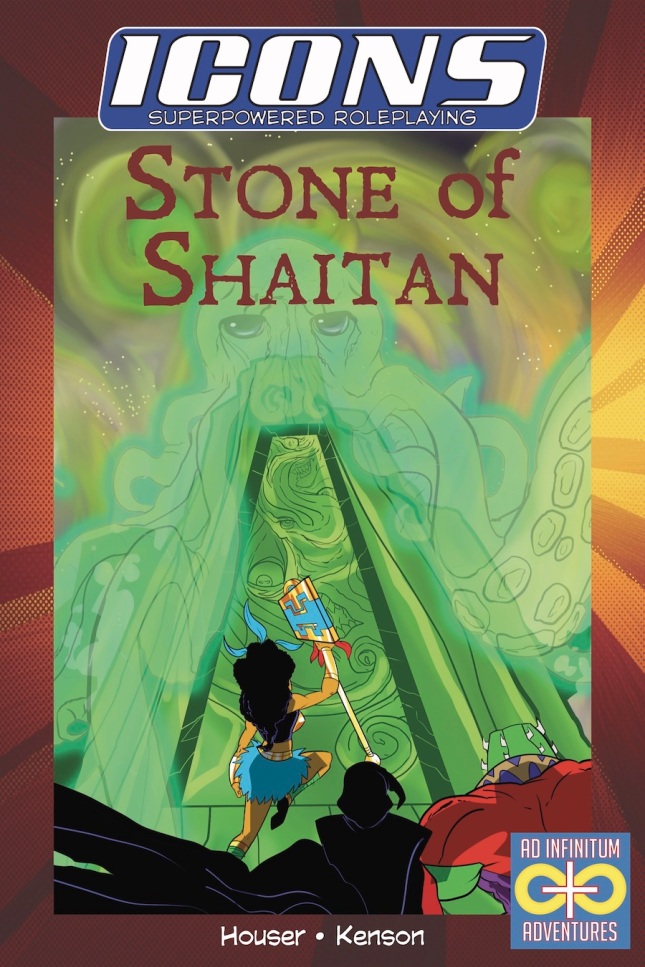 The Mysterious Ship, the Mist-Shrouded City

The cargo ship Stone of Shaitan may be involved in smuggling illegal goods—and something far more sinister. When heroes investigate the disappearance of the ship’s crew, they discover clues to a mysterious cult, occult secrets, a being known only as “The Old Fellow,” and a scheme to loose eldritch horrors upon the world!

Stone of Shaitan stands on its own or can be a “sequel” of sorts to the classic Icons adventure Danger in Dunsmouth. It is also the next chapter in Dan’s Fall of the Phalanx series, but can be played as a stand-alone adventure.